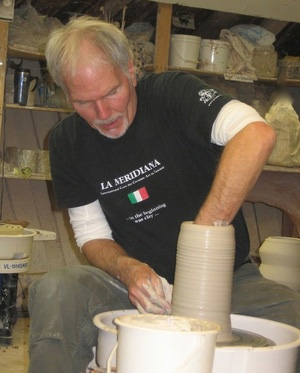 Jeff Kirk teaches the Continuing Wheel classes for intermediate and advanced students. He is also the senior member of the instructional team that teaches the Saturday morning Beginning and Intermediate Wheel class. Jeff has been the director, full-time artist-in-residence, and ceramics instructor at Glen Echo Pottery since 1975.  His teaching philosophy supports individual artistic development in all students.  Jeff's artistic training includes study at the ceramics programs of Montgomery College and the Anderson Ranch in Colorado.  His work has been exhibited in many local and national shows and received awards; it can be found in private collections in this country and Europe. His public commissions include a ceramic mural for the Amazonian Building at the Smithsonian Institution’s National Zoo in Washington, DC. Jeff has mounted over a dozen gallery exhibits at Glen Eco Park.  Some have featured his own work, others were group shows he curated of work by instructors and advanced students. He has also juried ceramic art shows for other local organizations such as the Montgomery Potters, and the Scope Gallery of the Torpedo Factory. 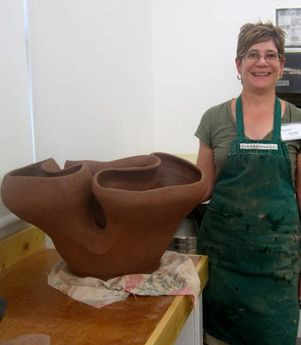 Kira Kibler has been a hand building instructor at Glen Echo Pottery (GEP) since 2005, teaching beginner through advanced students.  She has served as GEP Gallery Manager from 2010 to 2015.  Kira directed and juried “Hand Building – Explorations in Clay” at GEP in Fall 2011.  She specializes in sculptural and coil-built work, and has exhibited in shows sponsored by the Creative Craft Council and Montgomery Potters. Kira taught ceramics and art  courses at Frederick H.S., Frederick, MD from 1993-1996.  She has an M.Ed in Art Education from George Washington University and a B.A. in Studio Art from Rutgers University, New Brunswick, NJ. 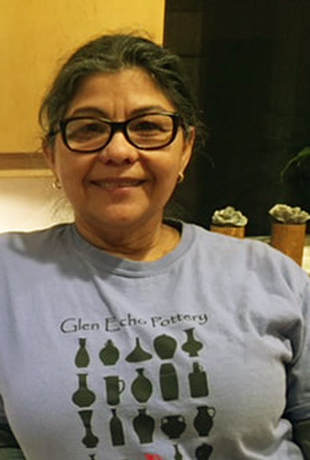 ​Ana Carrillo
​
Ana Carillo began doing pottery in 1997 at the Guy Mason Recreation Center in Washington DC, learning wheel and handbuilding techniques. Since then she has taken classes at the  Art League School in Alexandria, VA, the DC Art Studio and in Takoma Park. She worked at the Escuela de Artes Julio Arraga in Maracaibo, Venezuela and has taken workshops on
Raku firing and. glazing techniques. She came to Glen Echo Pottery in 2012 and serves as an instructor in the Wednesday evening handbuilding class. 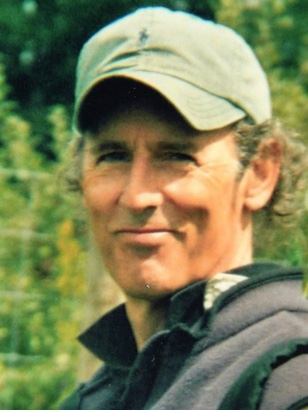 Rex Brown was introduced to ceramics while an art student in college. He was one of the original staff members of the Glen Echo Pottery in the early 1970s before leaving to attain a Masters of Fine Arts degree from the Cranbrook Academy of Art in Michigan.  During the 1980s Rex worked as a studio artist, as well as giving occasional workshops and lecturing on historical Japanese and contemporary American ceramics. From 1992 to 2005 he served as an Adjunct Faculty in the Ceramics Department of the Corcoran College of Art in Washington D.C. His works, both thrown and sculptural, have been included in numerous exhibitions over the years and are included in private collections all over the country. He serves as an instructor for the Wednesday evening handbuilding class.
​ 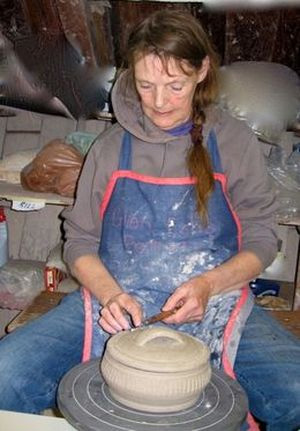 Linda Johnson teaches the Teen Wheel (ages 11-17) classes after school and during the summer. She has taught basic pottery wheel techniques to middle and high school students at Glen Echo Pottery since 1989.  Linda states, "I'm constantly amazed and inspired by the creativity of the young adults."
​ 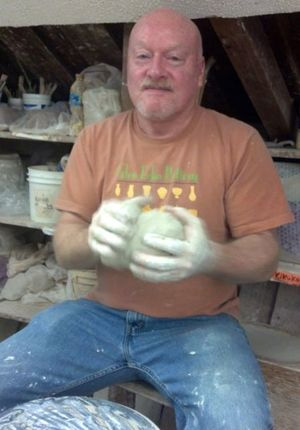 David Epstein is the lead instructor for the Monday night Beginning and Intermediate Wheel class and also teaches classes in handbuilding. David started pottery at age five; it has truly been a life-long involvement with ceramics for him.  For many years, he studied with Vally Possony of Falls Church, VA.  In recent years, he has taken master workshops at well known crafts schools such as the Archie Bray (Montana), Arrowmont (Tennessee), Anderson Ranch (Colorado), and  La Meridiana (Tuscany, Italy). He has exhibited with Montgomery Potters and received their "best bowl" award.  At Glen Echo, in additional to teaching, David assists with loading the kilns and helped build the soda kiln, among many other contributions.
​ 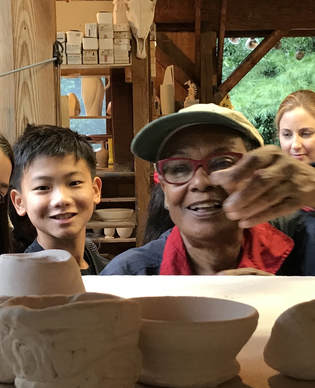 Antoinette Vionnet serves as an instructor for the Saturday morning handbuilding class, as well as for pottery summer campers. She also assists in the Teen Wheel classes during the school year.   Antoinette has been at Glen Echo Pottery for over 20 years.  Her exceptional wheel thrown and hand built pieces have been highlighted in a  number of pottery shows in the Popcorn Gallery. 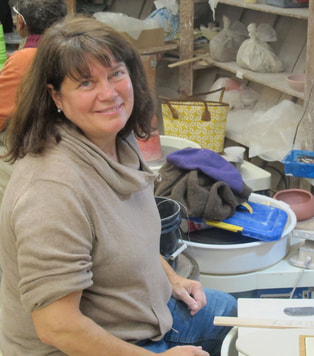 Catherine is a key member of the instructional team with Jeff Kirk and Joe Savage for the Saturday morning Beginning and Intermediate Wheel class, providing individualized instructions that is especially helpful to pottery students transitioning in from the Beginning Wheel class or from other potteries.

Joe is a key member of the instructional team, with Jeff Kirk and Catherine Sabatos, for the Saturday morning Beginning and Intermediate Wheel class.  Working together, the team provides individualized help to support students' development of intermediate skills 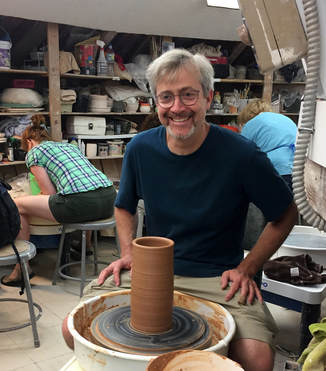 Mike is a member of the instructional team with David Epstein in teaching the Monday night Beginning and Intermediate Wheel class.  A self-proclaimed "recovering lawyer", Mike came to pottery after an initial foray in the art of metal sculpture that he studied at the Corcoran.  He joined Glen Echo Pottery in 2012.